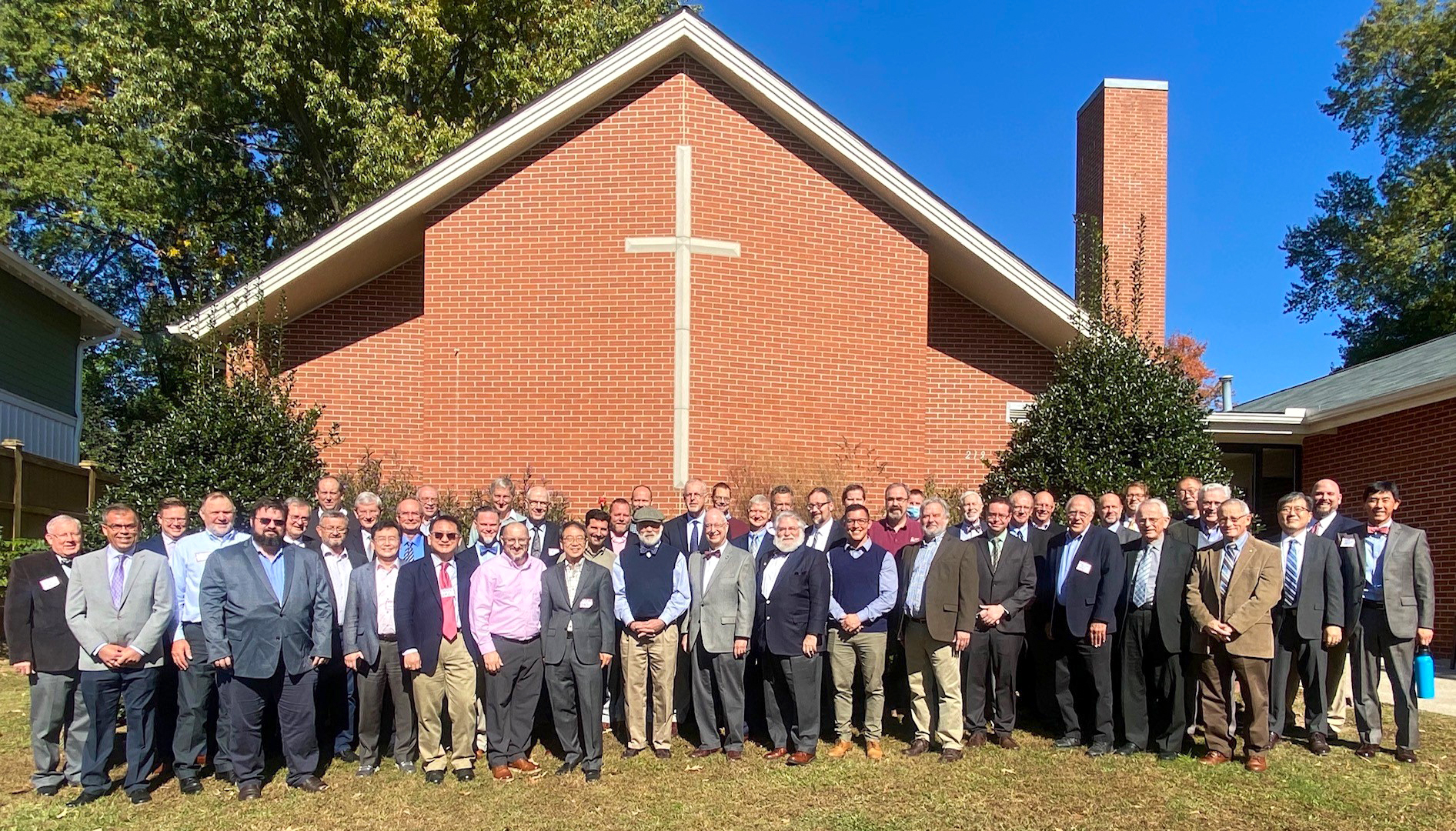 The basis of NAPARC’s fellowship is “Confessing Jesus Christ as the only Savior and Sovereign Lord over all of life, we affirm the basis of the fellowship of Presbyterian and Reformed Churches to be full commitment to the Bible in its entirety as the Word of God written, without error in all its parts, and to its teaching as set forth in the Heidelberg Catechism, the Belgic Confession, the Canons of Dort, the Westminster Confession of Faith, and the Westminster Larger and Shorter Catechisms.”[1]

One of the first orders of business was the election of new officers.  Elected as Chairman was Dr. Bryan Chapell of the PCA.  Elected as Vice-chairman was Rev. Michael Ives of the PresRC.  Rev. Ralph Pontier was elected to a fourth term as Secretary, and Rev. Todd De Rooy was elected to a third term as Treasurer.  The chairmanship and vice-chairmanship rotate annually among the 13-Member Churches following an alphabetical listing.  The Vice-chairman this year is slated to serve as Chairman next year, and his denomination is asked to host the following year.

The bulk of the work at NAPARC is to hear from the Member Churches about what the Lord is doing in their midst, and to pray for one another after each report.  Reports were heard of God’s spiritual blessings, of unity in the churches, and of new mission works. There is a lot of cooperation among the Member Churches on the mission field, in conferences, and even youth conferences.  There was also discouraging news of mission works being forced to close in China, of minister burnout, of vacant pulpits, and of the various complications and hardships over the last two years with burdensome government restrictions.  At the devotional service on Tuesday evening, the message by Rev. Matthew Holst summed up many of these joys and challenges with a stirring reminder from Psalm 93 that “the Lord reigns.”  Singing was from the Trinity Psalter Hymnal, a joint work of two Member Churches, now in its fourth year and fifth printing, and which is being used beyond the two groups for which it was developed.

NAPARC’s business was concluded by late Wednesday afternoon. Wednesday evening included a dinner of good food and fellowship at a local bistro, followed by an encouraging address by Dr. Jonathan Master, the new president of Greenville Presbyterian Theological Seminary.  He spoke on praying publicly in the ministry for the glory of God and the benefit of God’s people.  He showed from Scripture that prayer, together with preaching, are the two great works of the ministry and that prayer is equally worthy of careful attention and preparation.

The NAPARC schedule runs from Tuesday afternoon to Thursday noon and provides time slots for bi-lateral meetings between the inter-church or ecumenical committees of the Member Churches.  These smaller meetings have proven fruitful for Member Churches to grow closer together and manifest more fully their oneness in Christ.

In addition to the annual meeting of the Council, NAPARC sponsors consultations where representatives of Member Churches gather to discuss cooperation in a specific area of ministry.  For more than thirty years, there have been annual world mission consultations in September of each year.  This year representatives from nine NAPARC Member Church world mission agencies (ARPC, CanRC, HRC, KAPC, OPC, PCA, RCUS, RPCNA, and URCNA) met together for their annual consultation in the OPC’s administration offices in Willow Grove, Pennsylvanian.  Joining with them were representatives from four NAPARC Member Church diaconal ministries agencies/ministries (CanRC, HRC, OPC, and URCNA).  The sessions were fruitful, and the fellowship was heartening.  Mr. Mark T. Bube served as the chairman; the Rev. Douglas B. Clawson served as the secretary.

The Council enjoyed the gracious and generous hospitality of the Shiloh Orthodox Presbyterian Church and experienced warm and joyous fellowship with fellow delegates, observers, and other guests.

The next meeting of the Council is scheduled for November 8-10, 2022, to be hosted by the Presbyterian Church in America in Atlanta, Georgia.

Comments are closed, but trackbacks and pingbacks are open.